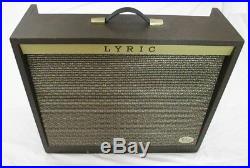 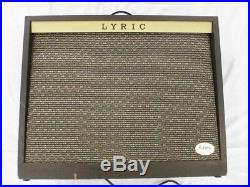 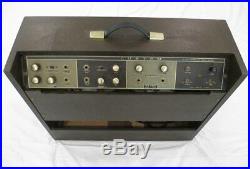 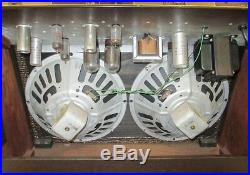 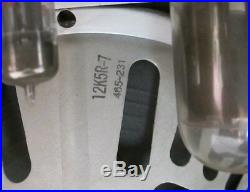 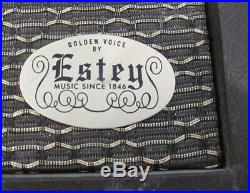 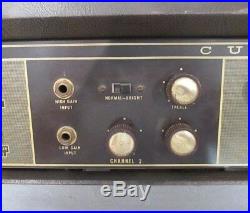 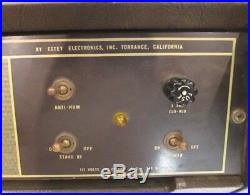 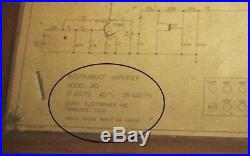 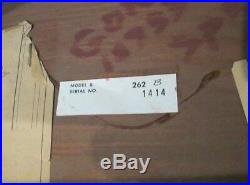 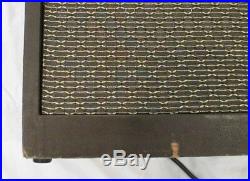 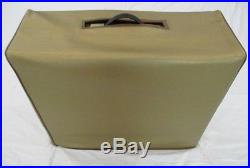 Up for sale is my amazing Magnatone 262 rebadged as a Lyric 660. Magnatone amps were built in nearby Torrance, and Lyric distributed several of the Maggies under their own banner.

The Magnatone 262 is the same two-channel circuit and speaker complement as the Magnatone 260A, which dates back to 1957. The 260A was the mono version of the 280, which had stereo, pitch-shifting true vibrato, a pair of 12" Oxford alnicos, and a set of 5" tweeters. (The 260A didn't have the tweeters which were prone to blowing anyway and are often disconnected) By 1961 Magnatone had come under control of the Estey organ company and marketed their wares as "Magnatone by Estey", which is why this amp wears the Estey badge. In 1962, when Magnatone/Estey added reverb to their line for the new "400 Series" amps, the 260A didn't get reverb and was renamed the 262. The good news is, the 262 kept the unique, pitch-shifting vibrato, which is the essence of the Maggie sound. (Which also sounds amazing with my Fender Rhodes) You can see this amp's pair of Oxford 12s, which have an EIA date code indicating the 31st week of 1962. I've owned two of these amps, and I find this early Lyric 660s preferable to the later ones, which by'65 were fitted with a pair of Jensens, which had smaller, ceramic magnets. As you can see by the picture of the lower left corner of the schematic, which is pasted in the bottom of the amp, there is no doubt this is a real deal Magnatone 262. There is also another factory sticker that indicates this is actually a 262-B. Not sure what the differences (if any) there may be between a 262 and a 262-B. This little honey has a pair of 6L6s, for about 35 watts, and lookie here -- a stunning gold cover that has kept it so nice!

The only real cosmetic issue worth noting is the scuff on the bottom of the front of the amp, where a small section of bare wood shows through. Here's a youtube link. The amp in the video is NOT MY AMP, but does demonstrate the sound of the killer vibrato.

MAKE ME AN OFFER, but don't waste our time with lowball nonsense. We both know what this amp is worth. "As Is" sale, with all sales final.

Contact me beforehand to work out any other arrangements. Quote is merely and estimate. The item "1962 Magnatone 262/Lyric 660 2x12 Combo withPitch Shifting Vibrato All Original" is in sale since Sunday, September 10, 2017. This item is in the category "Musical Instruments & Gear\Vintage Musical Instruments\Vintage Guitars & Basses\Guitar Amplifiers". The seller is "headstock" and is located in Woodland Hills, California.