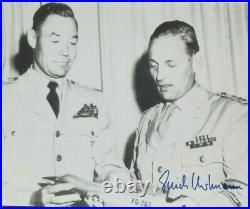 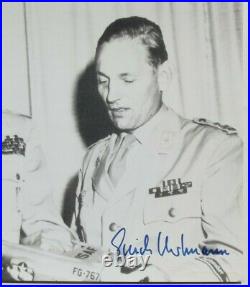 Erich Alfred Hartmann [1922 1993] nicknamed''Bubi'' by his comrades and''The Black Devil'' by his Soviet adversaries was a German fighter pilot during World War II who is the highest scoring ace in the history of aerial warfare. Hartmann is credited with 352 aerial victories while flying 1,404 combat missions and engaging the enemy 825 times.

On May 8, 1945 Erich Hartmann surrendered to American forces and was turned over to the Soviet Army. Hartmann was convicted in a Russian court and was sentenced to 10 years in prison and was released in 1955.